As many as 2.8 million homes could be underwater by 2035, according to a new study by the American Pediatric Flood Prevention Society. The cause? Toddler baths.

The areas hardest hit will be the coastline along Florida, Louisiana, California, and your son’s bathroom, the study warned. “We have known for some time that this issue was looming,” says scientist Nikki Reacher, watching over her son Troy, 2, in the bath. “But now we’ve reached the point of no return.”

Environmental impacts from bathing toddlers are nothing new. In 2008, a group of particularly splashy tots near Flagstaff displaced 2.8 billion gallons of water into a nearby valley, creating what local residents have come to call Lake Tub Tub. The flood submerged 40 homes and 37 Starbucks. The Army Corps of Engineers was called in to assess the situation, but have so far been unable to rectify the situation for fear of the ecological impact. 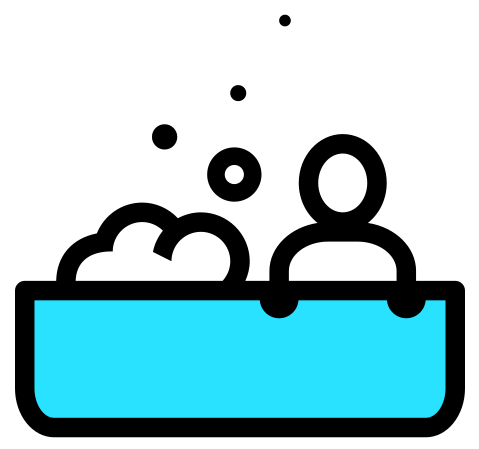 “Southwestern diamondback egrets have taken to nesting by Lake Tub Tub,” says Lt. Col. Alfred West. “This is their only stop when migrating from El Paso to Tahoe, so if we remove this source of water, this species of water fowl could become endangered.”

In spite of increasing occurrences of these toddlergenic inundations, some lawmakers are skeptical. Florida state representative Floyd Barker (R) recently staged a 19-hour filibuster blocking a bill requiring splash guards around bathtubs where toddlers are known to frequent. “I don’t know exactly what this is,” proclaimed Barker, holding up a thick glob of glossy brown gelatin, “but I found it in my son’s hair this morning.” He continued, “This is clear evidence that toddlers aren’t bathing. Toddler bathing is a conspiracy of the radical left.”

Legislation or no, the APFPS report paints a worrying picture of the near future. Our pristine coastlines may soon be submerged under lagoons filled with bubble bath.