There’s nothing more satisfying than judging others for what they name their kids. But naming a baby is hard. Just so that you don’t think we chose our baby’s name out of laziness, let me go through some of the runner ups, and tell you about some of the other cromulent options that we didn’t choose. If you yourself are expecting, feel free to use these names for your own children.

Zardoz - First impressions matter. And what makes a better first impression than 1970s era Sean Connery in a Speedo? And Zardoz isn’t a mouthful like Juan Sánchez Villa-Lobos Ramírez.

Quesarito - If you want your child to grow up to be a billionaire entrepreneur, why not name them after the pinnacle of 21st century innovation, Taco Bell’s new burrito wrapped in a quesadilla. And it isn’t a mouthful like Doritos Locos Taco, Regular, Nacho.

IG-88 - Sure, it’s trendy to name kids after your favorite Star Wars character, especially obscure bounty hunters. IG-88 is a great role model: tall, dark, and quiet. IG-88 was in the top running until his controversial tweets about #thinspo.

Bacon - The philosopher Francis Bacon is credited with inventing empiricism. In fact, the scientific method is also known as “the Baconian Method”. This would be a perfect name is hipsters hadn’t turned their lust for a particularly tasty meat into a trendy fad. 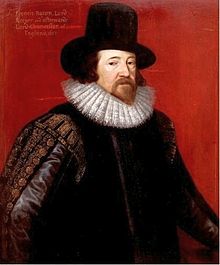 He also had impeccable taste in hats.

Zener Diode - According to Wikipedia, “A Zener diode is a diode which allows current to flow in the forward direction in the same manner as an ideal diode, but also permits it to flow in the reverse direction when the voltage is above a certain value known as the breakdown voltage, “Zener knee voltage”, “Zener voltage”, “avalanche point”, or “peak inverse voltage”.” Just the qualities you want to instill in your child as they grow up. But since our kid is at high risk for becoming an engineer, this would have been too confusing in the lab at work.

Rover - Let everyone know what a team player your kid is by naming them after man’s best friend. Don’t worry, no one will think your kid is a dog when they hear you yelling at them to sit over and over.

This entry was posted in article and tagged names, baby names, zardoz on Jul 6, 2014 .