Tesla Tot is a new battery technology that works by harnessing the energy from small children. “The first version of Tesla Tot captures just enough manic energy to offset charging an electric car,” according to the genius inventor/probable time traveller. “But by 2025, we expect that all of California could be powered by the energy of a single two-year-old who skipped nap time.” The energy output of a human child is roughly 1000 times that of a fully grown hamster.

However, some are worried that Tesla may be moving too quickly. “Driving with a spare toddler in your car may be too distracting for drivers,” says Sharon Castiglione, president of Parent Against Raising Robot Overlords Today (PARROT), a Tesla watchdog group. Musk dismissed these concerns. “We are telling every Tesla Tot owner it’s their responsibility to keep their eyes on their Tot and be prepared to grab them at all times.” 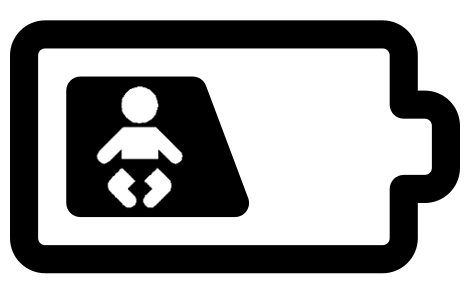 Investors had a lukewarm reaction to the announcement, with the stock rising only slightly in after-hours trading. Some are expressing concern that bringing thousands of toddlers into Tesla’s new Gigafactory might prove disruptive to the plant’s operations. The factory’s massive robots will need to be retooled not to pinch tiny fingers.

Others point to Tesla’s history of missing their overly optimistic deadlines. Some worry that by the time Tesla Tot ships, their fleet of two-year-olds could be closer to five. That would mean a significant depletion of chaotic energy, but still might be more than enough for most consumers.

Tesla Tot is expected to ship in Summer 2017, and will cost approximately $245,340 over the lifetime of the child.

This entry was posted in article and tagged tesla, toddler, todders, energy on Sep 1, 2016 .