To give you an example, girls prefer the thermostat to be 76 degrees, while boys prefer a more comfortable 74. A boy would rather be watching the Daily Show right now, while a girl would be 20 minutes into this documentary about ramen noodles narrated by Anthony Bourdain. And while a boy would like to have tacos for dinner, a girl already bought the stuff to make meatloaf tonight, and it’s going to go bad if we don’t use it. 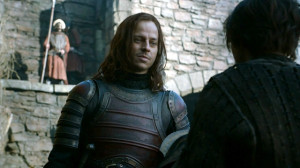 A girl gives a man his own name.

And then finally, as the one changing the diaper, you’re going to have to deal with boys and girls having different anatomy. If you are the mother of a boy, it’s important to never, ever ask a man for advice about male anatomy, since there’s no way they could ever provide useful advice, such as which way to point the thing so it’s not horribly uncomfortable. If you have a girl, on the other hand, make sure that her privates remain a mystery — even to herself. It’s important that women don’t understand or feel comfortable with their own anatomy. Otherwise, it will be more difficult for male doctors to tell them everything is wrong with it when they get older.

Once you accept these basic differences between boys and girls, you can realize that raising either one can be a fun and rewarding experience.

← Tarantino Films: Not as Good for Children as You'd Think? 8 Easy Party Games for Your Child's Next Birthday →